Year Three, Day 8: Ain't Got Time for The Blues!

May 20, 2017
I took a day off from exercise today. My cough has returned. I was up last night hacking like a smoker. But I don't smoke.

I went next door to the Chinese market at lunch today.  They were out of "Nin Jiom Pei Pa Koa", the herbal loquat syrup that I usually get. But the cashier recommended another syrup, "Pei Pa Lo". It had similar ingredients, but she said it was "less sticky".  I bought it. I can already feel it working. 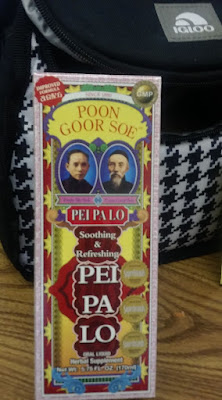 I am still wondering if this is a stress cough.  So I tried to keep myself in a place of peace, calm and joy all day.

It was a struggle.  I could feel the blues standing at the door. But I'm not letting him in! I am pretending I'm not home!  (Interesting that I give the blues a male gender!)

Last night I went to a choir potluck/party.  I actually really enjoyed myself. I even had two glasses of red wine!  But I stayed away from all the breads, pastas and desserts.  I did not eat after 8:00 p.m., but I did have one of those glasses of wine about 8:30 p.m.

That is probably why I was a little blue today. It was the post social event blues that afflicts me.

But I am glad I went. Although I may have tarnished my image. This is the choir I am the accompanist for. I've been with them for about 18 years. I love this group. I adore our director.  We usually work on challenging, large works of music. We are currently studying Bach's b minor Mass.  But we also do some lighter works. Amusingly, we are also doing some Hawaiin love songs this term!

But last night was a fun social event.  We even had a sing along. They past out lyrics for a Grateful Dead song, a Rolling Stones song ("I Can't Get No Satisfaction").  I was drinking my first glass of wine and singing along softly and politely, as was everyone else. But then when they broke out the Beatles, I could not control myself. Especially "Hey Judy", which is one of my favorite Beatles tunes.

I chugged the rest of my wine, and wailed! In my very deep, manly voice. (My voice gets lower and lower each year. I think I am a female bass now.) I just couldn't hit the "na na na nas" at the end. The young man sitting next to me attempted, much to everyone's amusement. I poked him a couple times to get him sing higher.

But now that the evening is a red winey haze in my mind, I am a bit embarrassed! People were laughing, but I really think my voice is horrible. And horror of horrors, I have been ask to sub for the choir director next week.  I get nervous enough leading choir, without now having exposed myself as a loud, slightly off key, female bass!

My face is so red typing this.

But there was a redeeming moment. My choir director friend had suggested we play some duets. So I copied off a four-hand Rachmaninoff and a Faure piece.  Not too difficult, but neither of us had time to practice.  We were on the top floor of the Holliday Park Plaza near Lloyd Center. By the time we got up to play our duet, the sun was beginning to set.  It was a spectacular view.

He said, "Good luck yourself. I have too!"

But magic happened. We have similar musical styles - very expressive. And we pulled it off.

The choir loved it. One person commented that it was the perfect sunset music.

One of my male friends that I carpool with had texted me earlier. I told him I taught piano classes until 6:30. The event started at 6:00. I was going to call Lyft because the bus would take forever. But he texted me from the event. He said to hop on a bus heading toward Lloyd Center and he would start driving towards me.

I texted him at every intersection. Then as the bus was approaching NE Glisan, he texted me to hop off. The minute that I hopped off the bus, he pulled up.

I told him I felt like I was in a spy movie. Or more fittingly like Mr. Magoo - Remember him?!

I was so flattered that he would leave the party and come get me. AND he gave me a ride home. I really do have good friends. One of these days I will have to shed this Eeyore mentality.

Plus, my male friend and I have interesting, animated talks. (And he's cute too!)

Tomorrow I am actually going to go to the church where I am employed. I am a wee bit nervous.  But I am also keeping anxiety on the porch.

I just hope I don't trip on the blues and anxiety in the morning when I head out for my sunrise run! You heard me. I am getting up and running early in the morning.

Ain't got time for the blues!! I am still focusing on JOY! :)

Talk to you tomorrow. 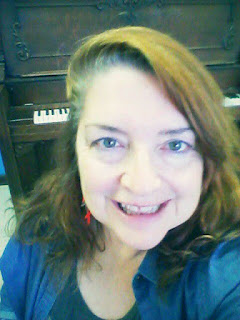